I'll Have Some Proof: My Fury Over The End of Shakespeare Santa Cruz

Dear Dean Yager,
I am many things.  But I am not stupid.  And neither are any of the thousands of other artists who have worked at Shakespeare Santa Cruz in its 32 years, or the hundreds of thousands of audience members who have attended its productions.  It is certainly within your prerogative to close "one of the top ten influential Shakespeare Festivals in the country," (I'm quoting your website).   And girl, I understand that times are tough.  But I do wish you wouldn't insult our intelligence in the press release you released explaining your decision to terminate Shakespeare Santa Cruz.


My Kingdom For A Balanced Budget
The numbers you offer simply don't add up.  In the press release, you claim that "Even with an initial campus contribution of $250,000 during the most recent full fiscal year, revenues still fell short of planned expenditures by nearly $500,000 — effectively making the total shortfall $750,000 for 2012-13."  But adding your contribution to the Festival's shortfall is totally bogus.  You committed to give that money, and you gave that money, ostensibly, because of the value added that the Festival contributes to UCSC.  I bet you some of your undergrads chose to attend UC Santa Cruz because of the Festival.  For example, Lynn Baker-Nauman writes that, "UCSC's enrollment will be affected by this decision. The chance to work alongside professional actors while training as an undergrad was a huge pull for me."  How many other students are you going to lose because of the Festival's absence?

In addition, on the aforementioned website, Shakespeare Santa Cruz offers this graphic to illustrate its finances: 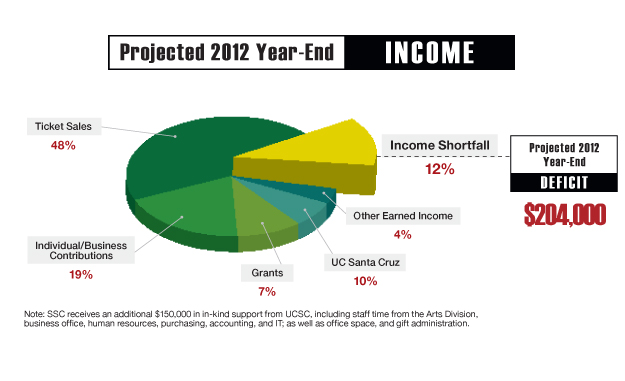 Even with the in-kind donation SSC receives from UCSC, which does not actually cost the University capital and, I would argue, is more than repaid by the presence of an actual professional theater company in residence, the projected shortfall for 2012 was 350K.  Do you really expect us to believe that this year, the total shortfall was over double that?  The accusation is ludicrous.  And if it were true, the idea that the University would allow the festival to go so egregiously over budget makes you, as the power that is supposed to keep the festival in check, at least as - if not more - responsible for the mismanagement.

No Legacy Is So Rich As Honesty

I can't help but wonder, also, when the University settles its books as opposed to when the Festival does.  Having spent my life working in academia and professional theaters, I suspect that the University figures out its finances in June, which is right when the Festival has spent the most (artist fees, production budgets, materials, crews) but before any of its ticket revenues have come in, which according to your own numbers, account for almost half of the total revenue.  In fact, Theatre Communications Group's (TCG) most recently compiled data indicates that, on average, total ticket income accounts for only 42% of the overall budget of a not-for-profit theater in this country, making SSC almost ten percent above the national mean.

Omittance Is Very Much Quittance

And let's face it: The exit-pursued-by-a-bear in the room is the fact that you omitted your Artistic Director's name from the press release IN ITS ENTIRETY.  Seriously dude, WTF?  Who shuts down a theater company without at least acknowledging the guy who's been running it for the last six years, whose productions have received nearly-universal critical acclaim, and who led a fund-raising campaign one year after getting the job to keep the Festival afloat?  Didn't anyone tell you what poor manners that shows, and how the omittance just calls attention to your major sketchiness?  And who closes a theater company without bothering to inform its Artistic Director?  And in the middle of its season.  We in the theater know that timing is everything.

I can't help but thinking about Shakespeare's quote on slander from CYMBELINE, Act III/scene iv:

Slander,
Whose edge is sharper than the sword, whose tongue
Outvenoms all the worms of Nile, whose breath
Rides on the posting winds and doth belie
All corners of the world: kings, queens and states,
Maids, matrons, nay, the secrets of the grave
This viperous slander enters.

I know Marco, and I have worked for him.  If you want me to believe that he so mismanaged the company that you claim to care so much about, then show me the lack of money.  You claim that Shakespeare Santa Cruz currently carries 1.98 million dollars in debt.  That's over 100% of its annual income.  If that is the reason you cite for having to close the Festival, than I think the least you should do is release the paperwork that supports your claim.  Like Othello, I'll have some proof, if you don't mind.

What A Piece of Work Is A Man

Coincidentally, I came out to Shakespeare Santa Cruz a few weeks ago, and had the pleasure of catching HENRY V, one of the best productions (Shakespeare or otherwise) that I have ever seen.  I felt so proud to be an alum of the Festival, to have seen Charlie Pasternak play Romeo in the Glen six years ago, and to see him mature and evolve into the kind of artist capable of delivering a role-redefining performance as this play's titular character.  For all of the wonderful theater that happens in New York City, I don't often have the pleasure of sitting back and experiencing three hours of exquisitely spoken Shakespeare.  I felt humbled by the beauty of the experience.


After the show, I was approached by two members of the company.  The first was Gina Hayes.  Gina ran the audience talk-back for Lanford Wilson's BURN THIS, which I directed in Marco's inaugural season six years ago.  She told me that she was so moved and inspired by our hour-long Q-and-A answer session with the community, that she got a job working as Marco's assistant and is now pursuing a life in theater: she'll be starting a graduate program in directing at Northwestern in the fall.

The second member of the company who approached me was Jessica Bond, the SSC Production Manager.  Jessica introduced me to her husband, Ryan, who told me that our production of BURN THIS made him understand why his wife spent so many hours toiling away at a theater when she could be making so much more money working fewer hours doing just about anything else.

You see, by closing Shakespeare Santa Cruz, you're not just eliminating the handful of professional contracts (650/week) that you feel are so expensive.  You are denying audiences and students the chance to experience world-class Shakespeare, and the opportunity to engage with the artists who make it.

I am an Associate Artist at Shakespeare Santa Cruz.  I am one of its audience members. I donated $1000 to the fund-raising drive in 2008 to keep it alive.  I demand you provide evidence of the allegations you claim led you to terminate the Shakespeare Festival that I and so many others hold so dear.

Posted by Unknown at 9:20 PM 16 comments: Links to this post

These are a few images from my wedding day.  If you're interest in seeing more, I've got a few galleries at www.michaelandrafaelgetmarried.com.  Thanks for checking them out! 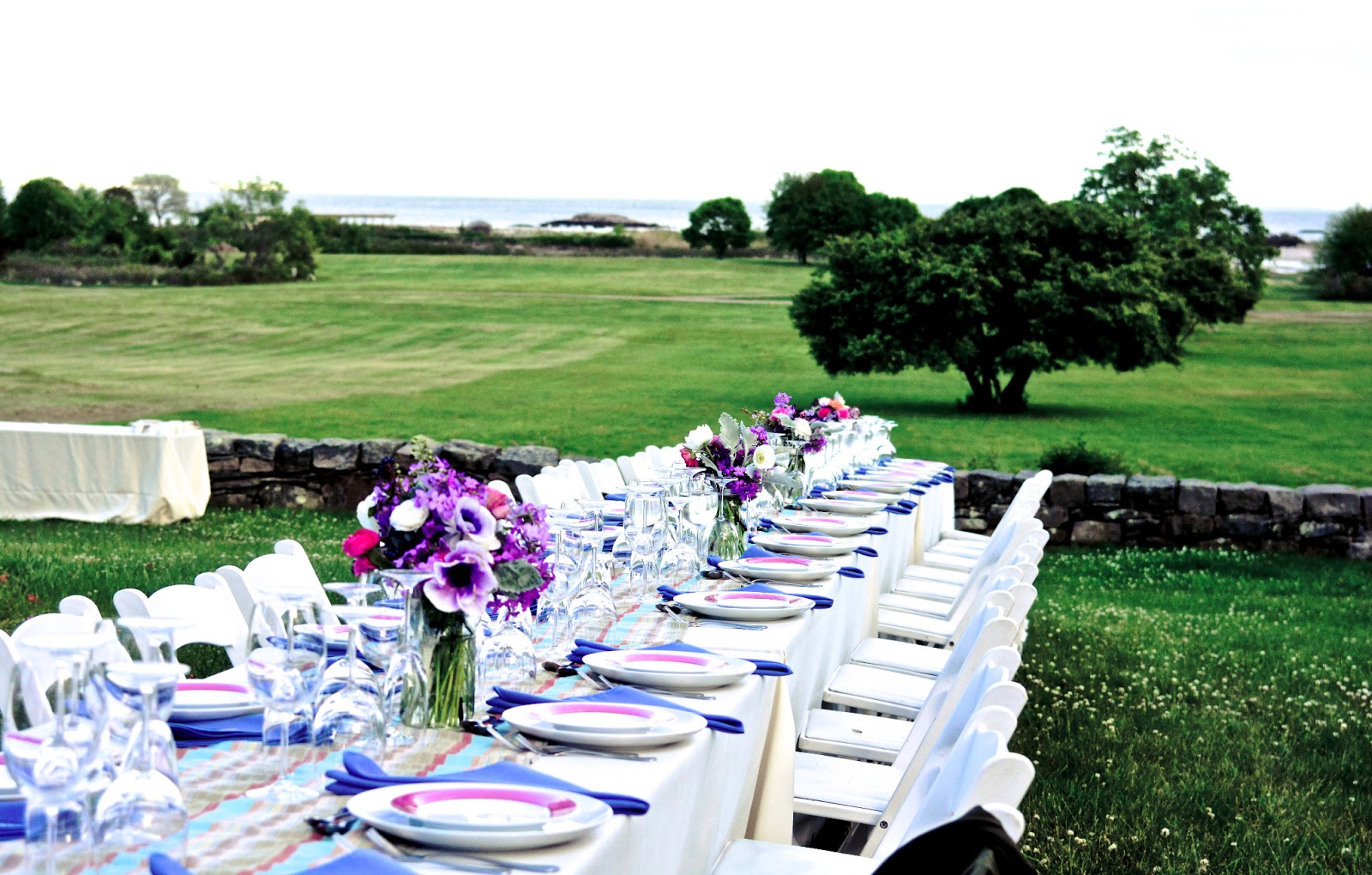 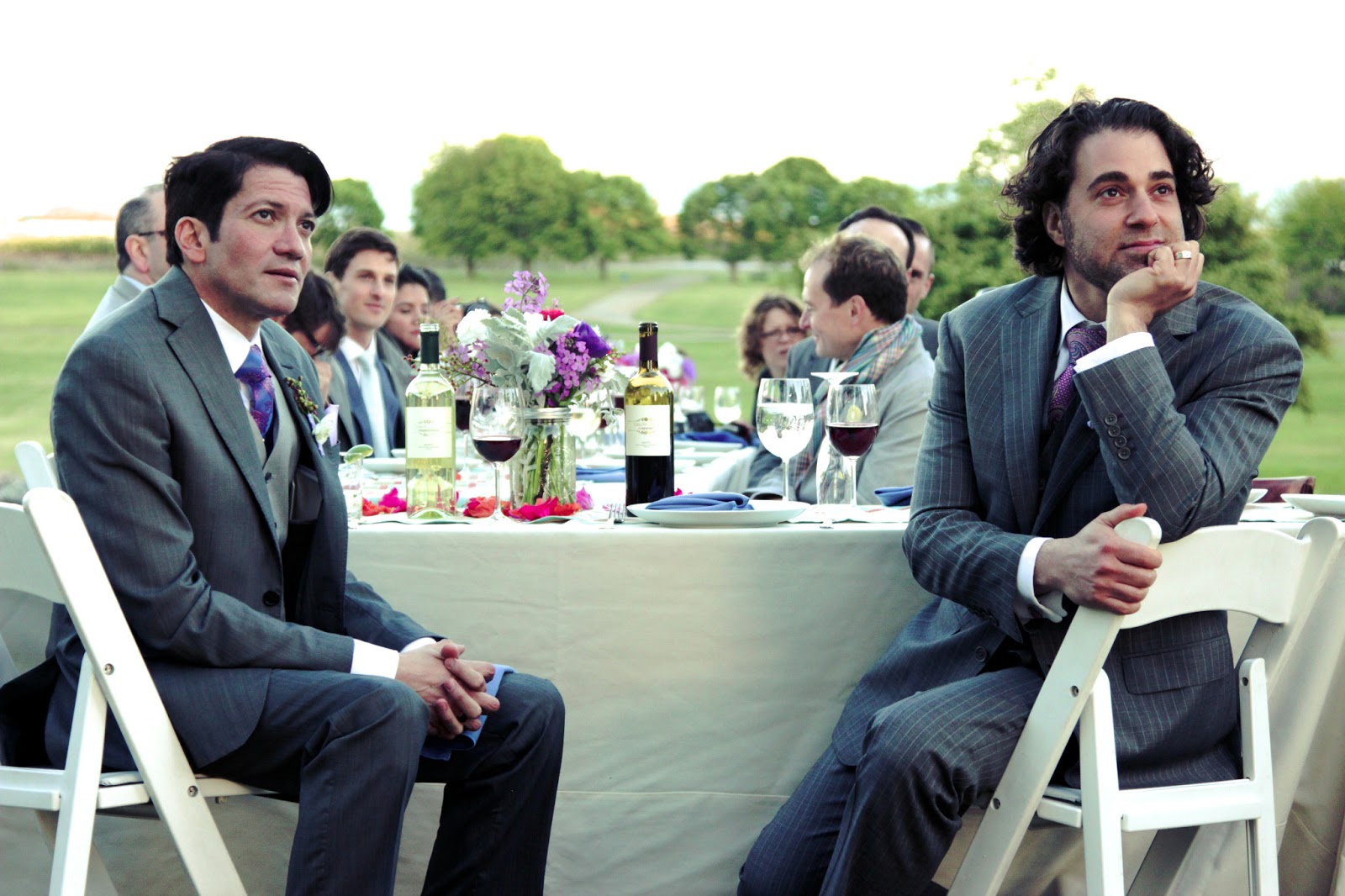 Wanna see more?  Go to www.michaelandrafaelgetmarried.com
Posted by Unknown at 1:27 PM 2 comments: Links to this post

Two days after our wedding, Rafael and I flew to South Africa via Dubai to spend almost three weeks.  We split up our time in Cape Town, Knyzna, Safari, Hermanus and Franschhoek.  Here are the photos of our adventures: 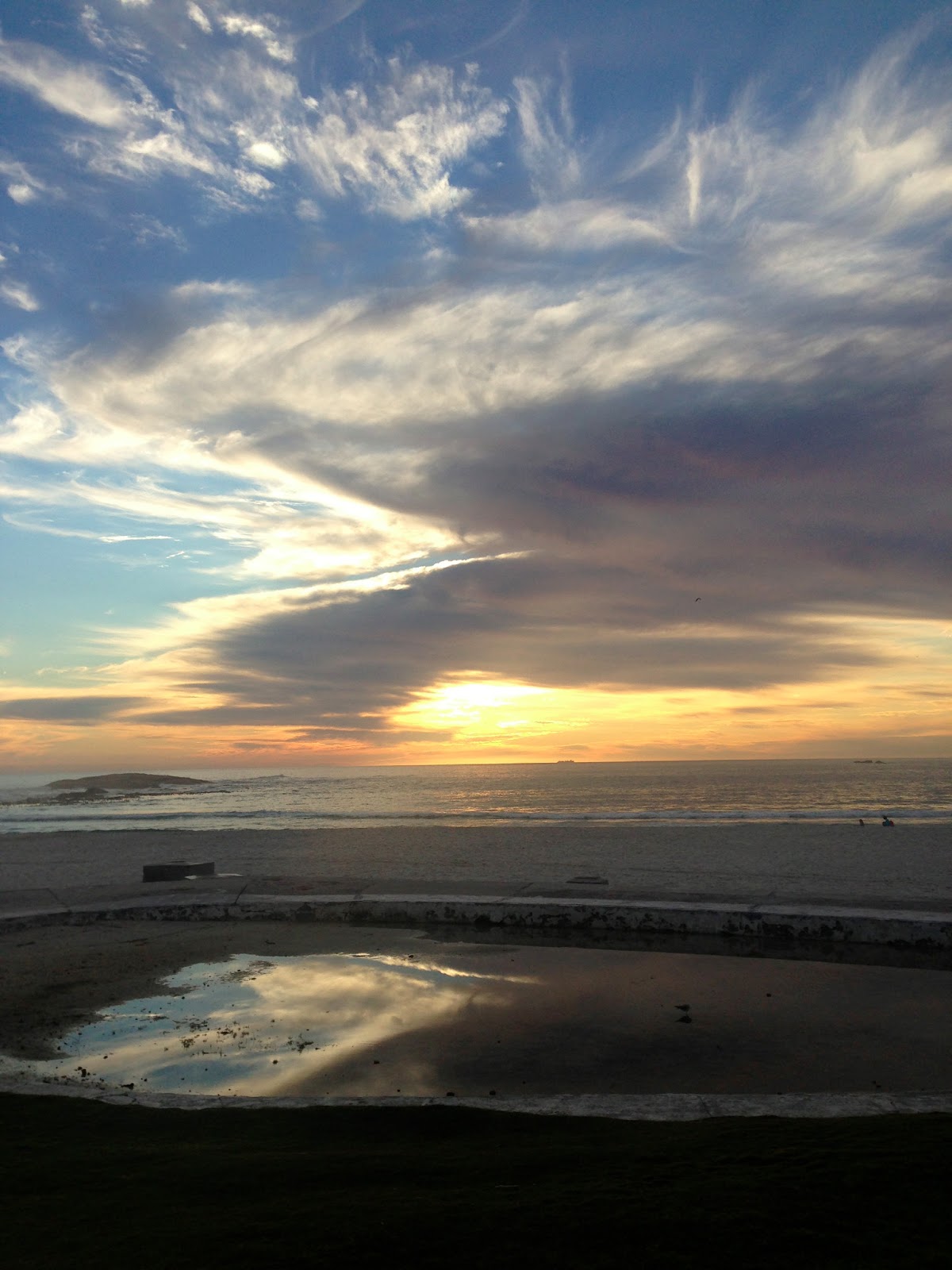 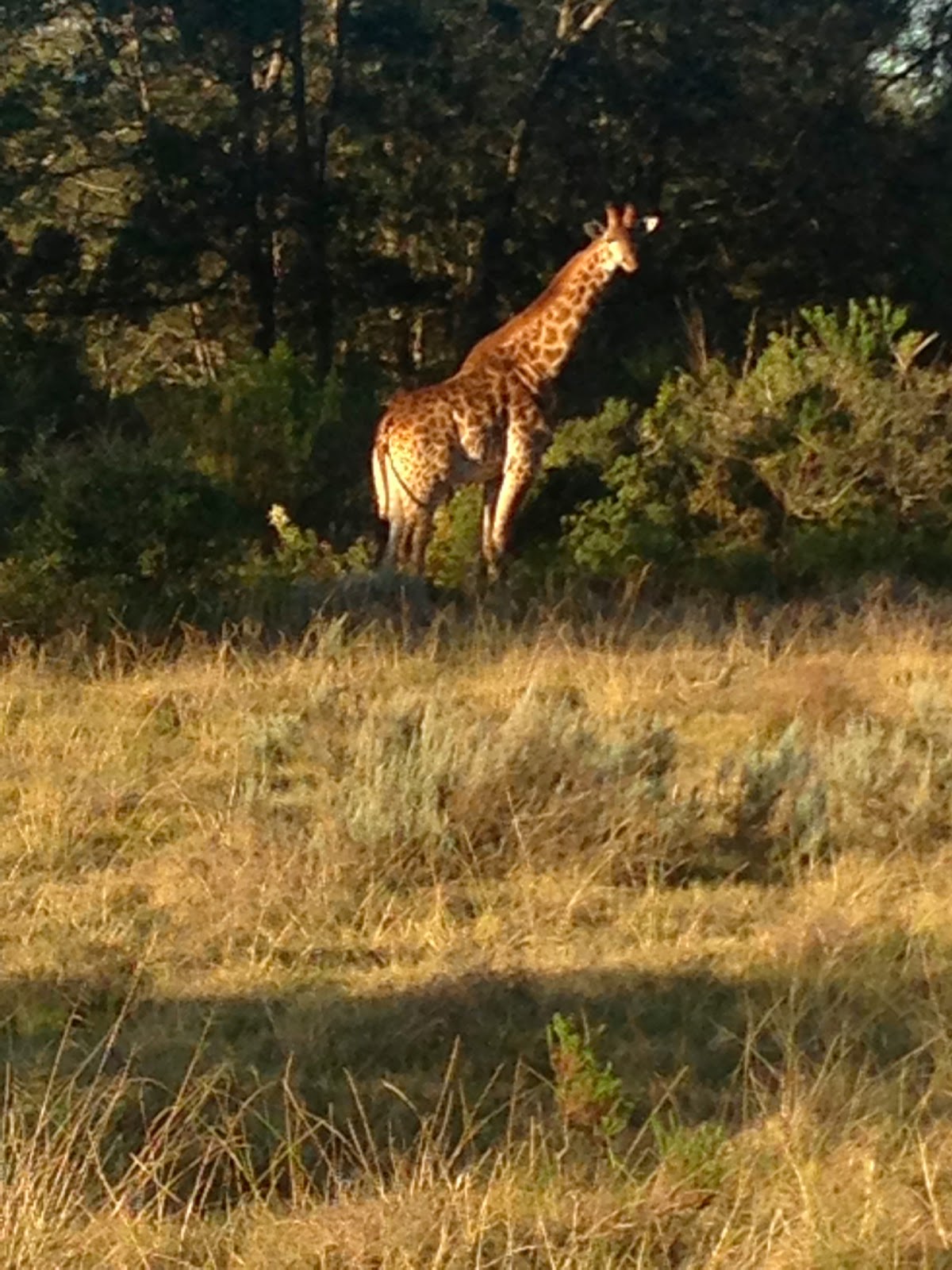 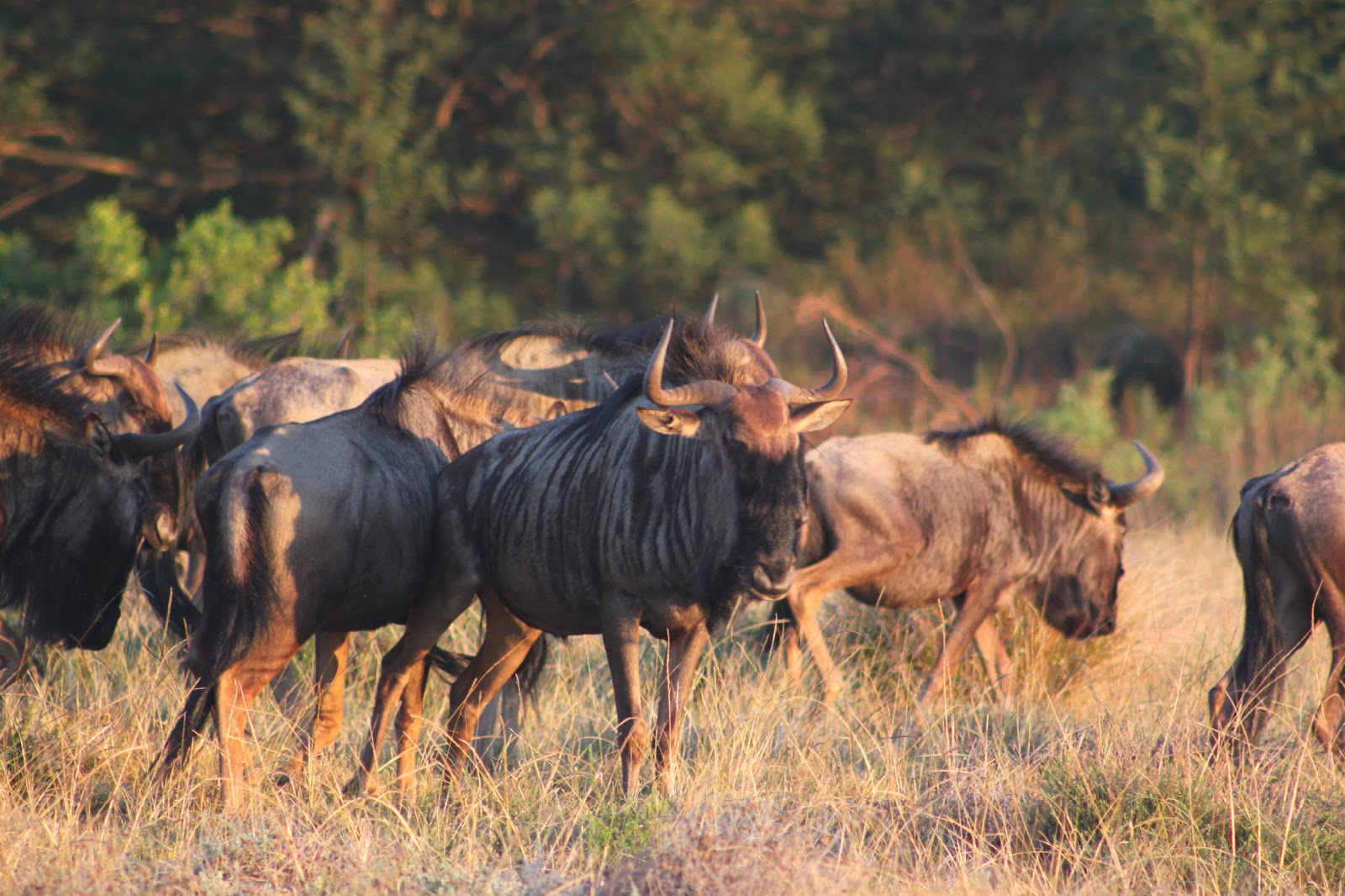 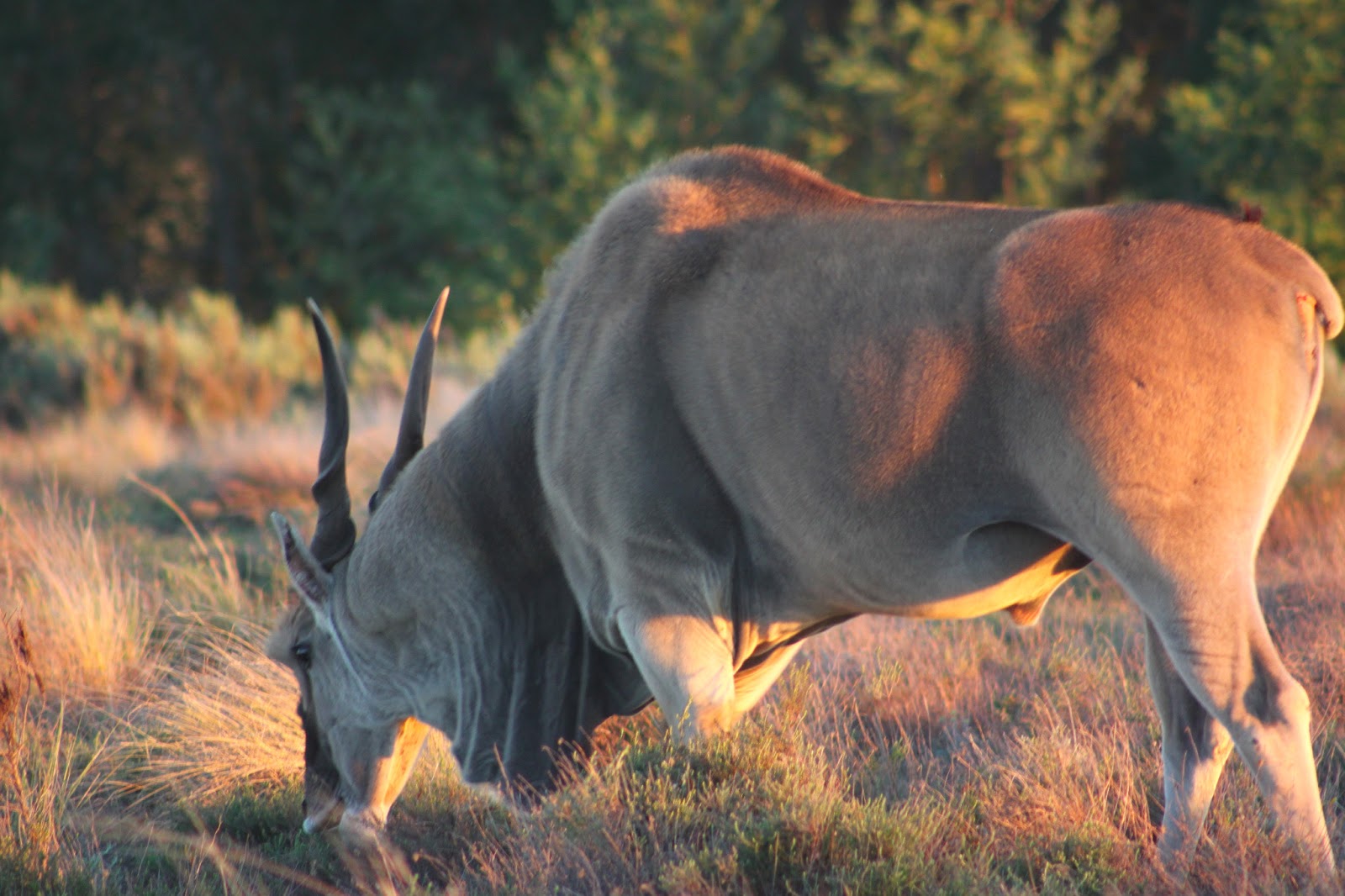 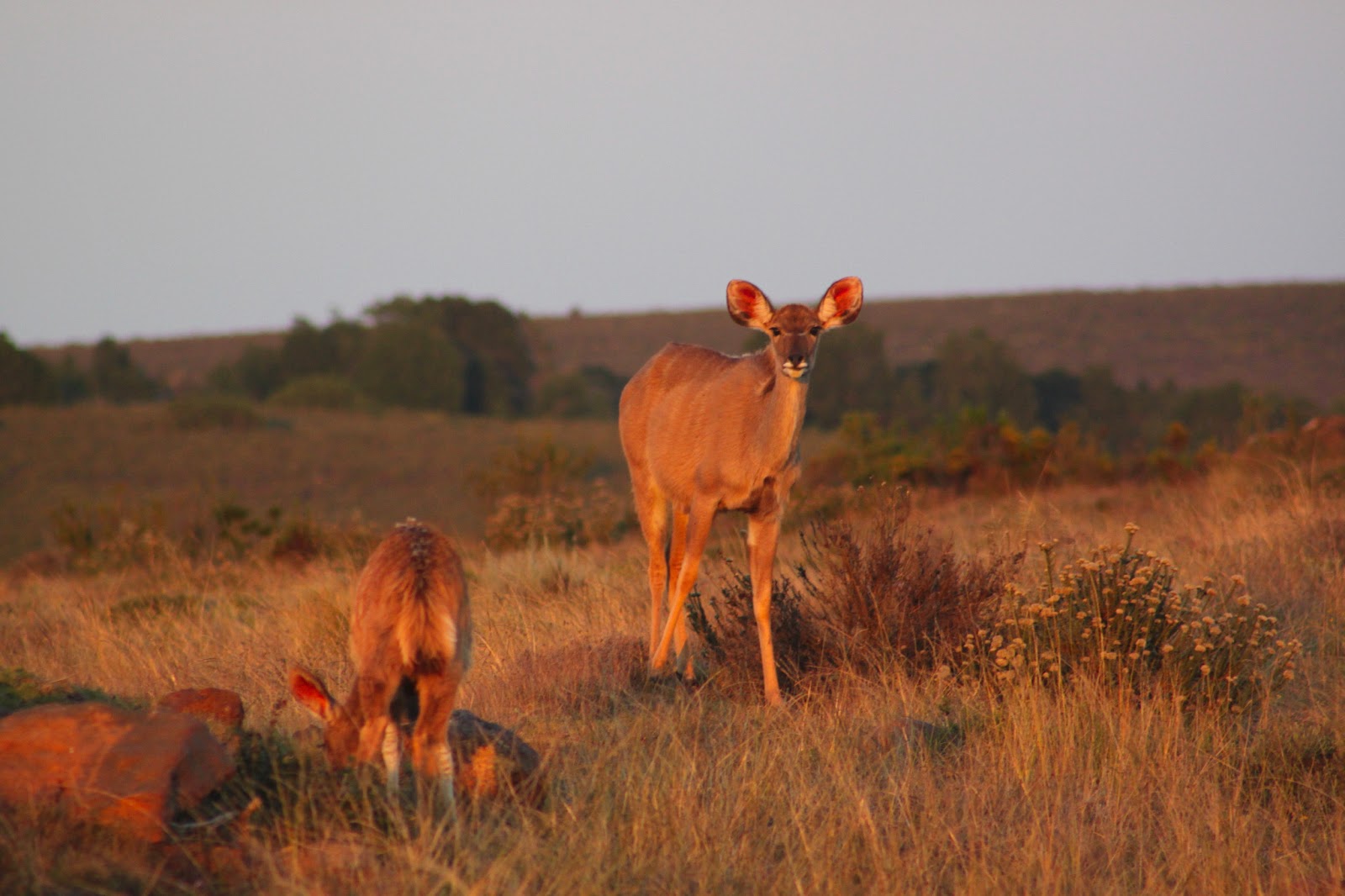 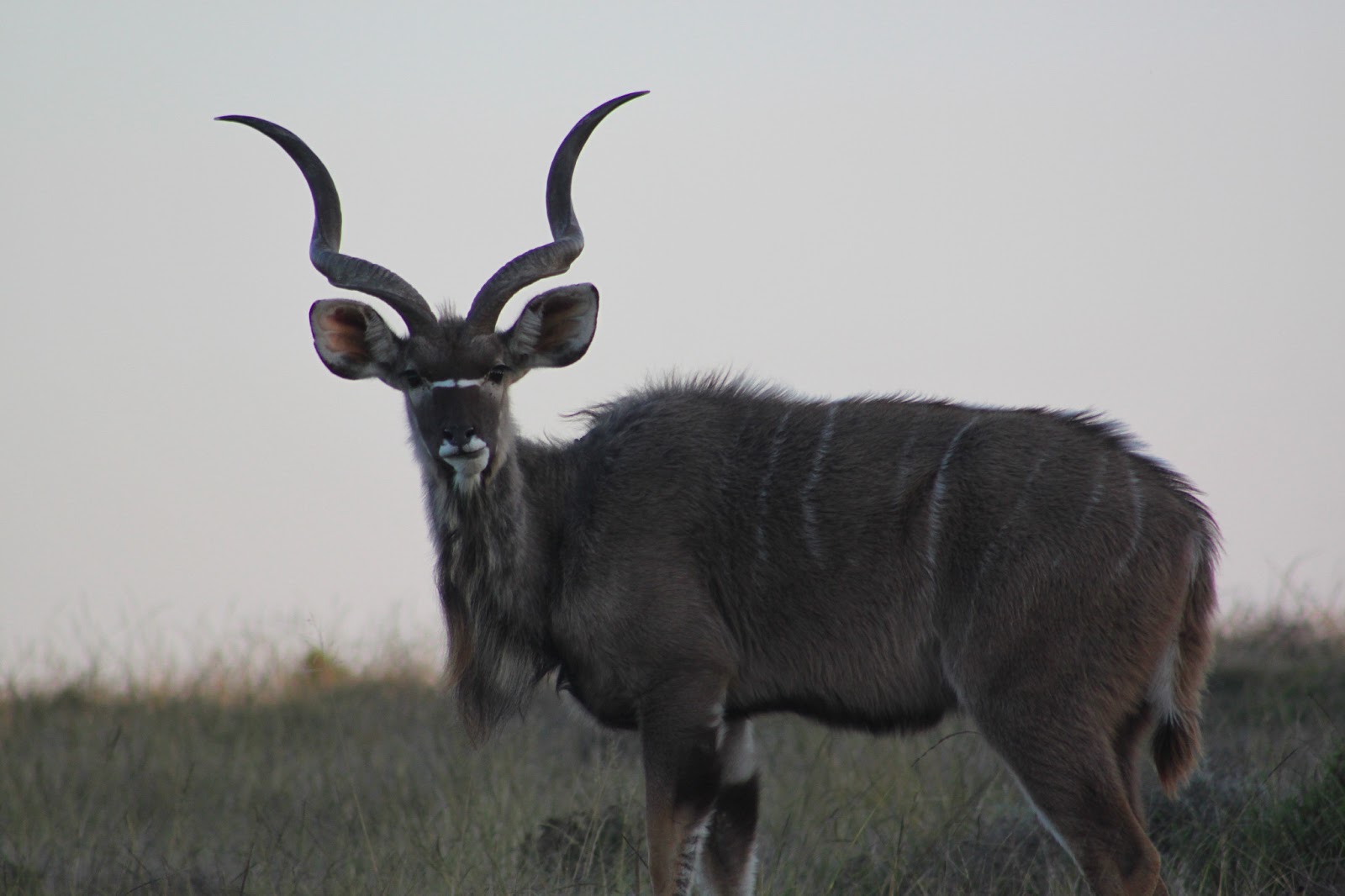 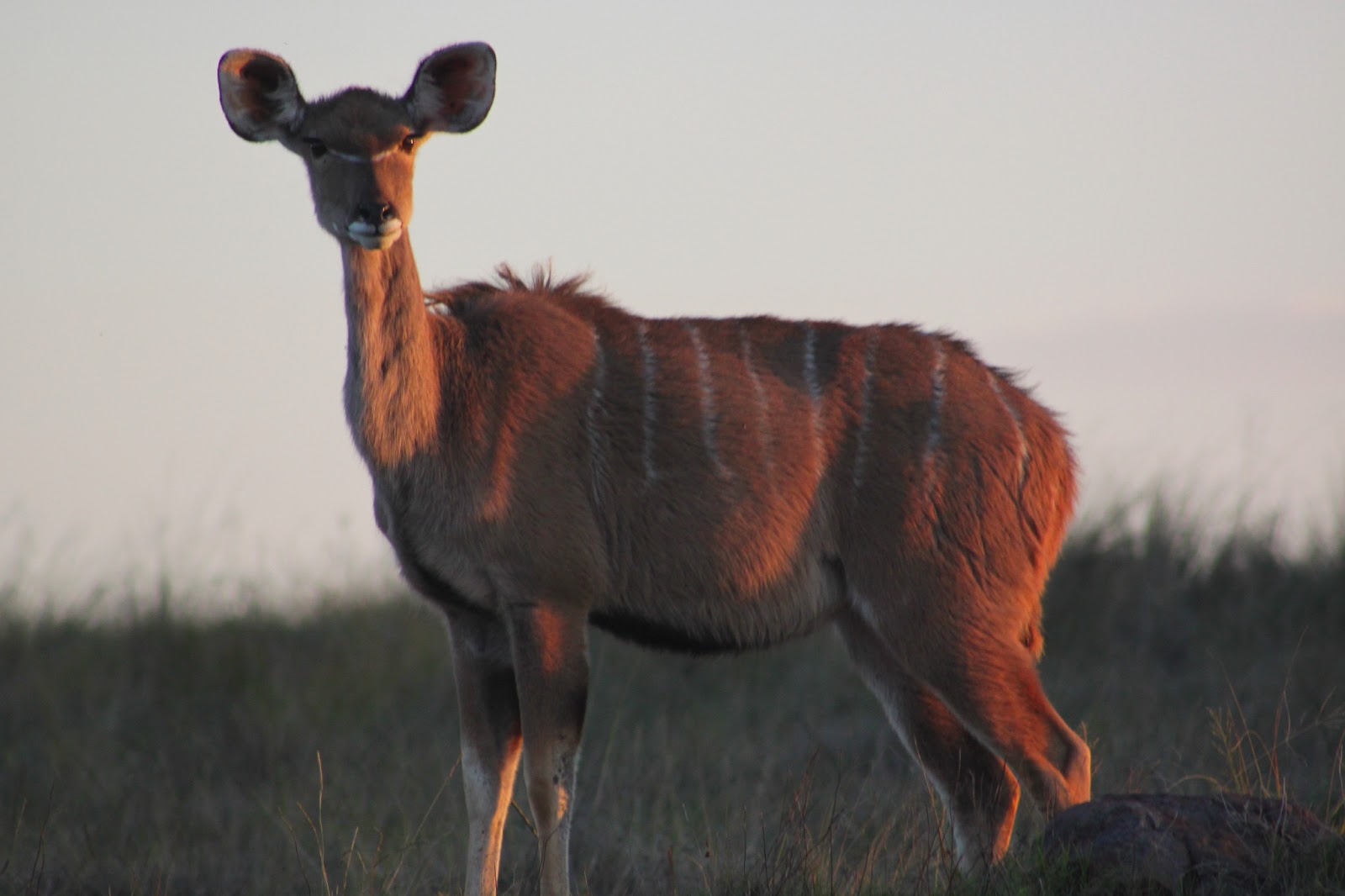 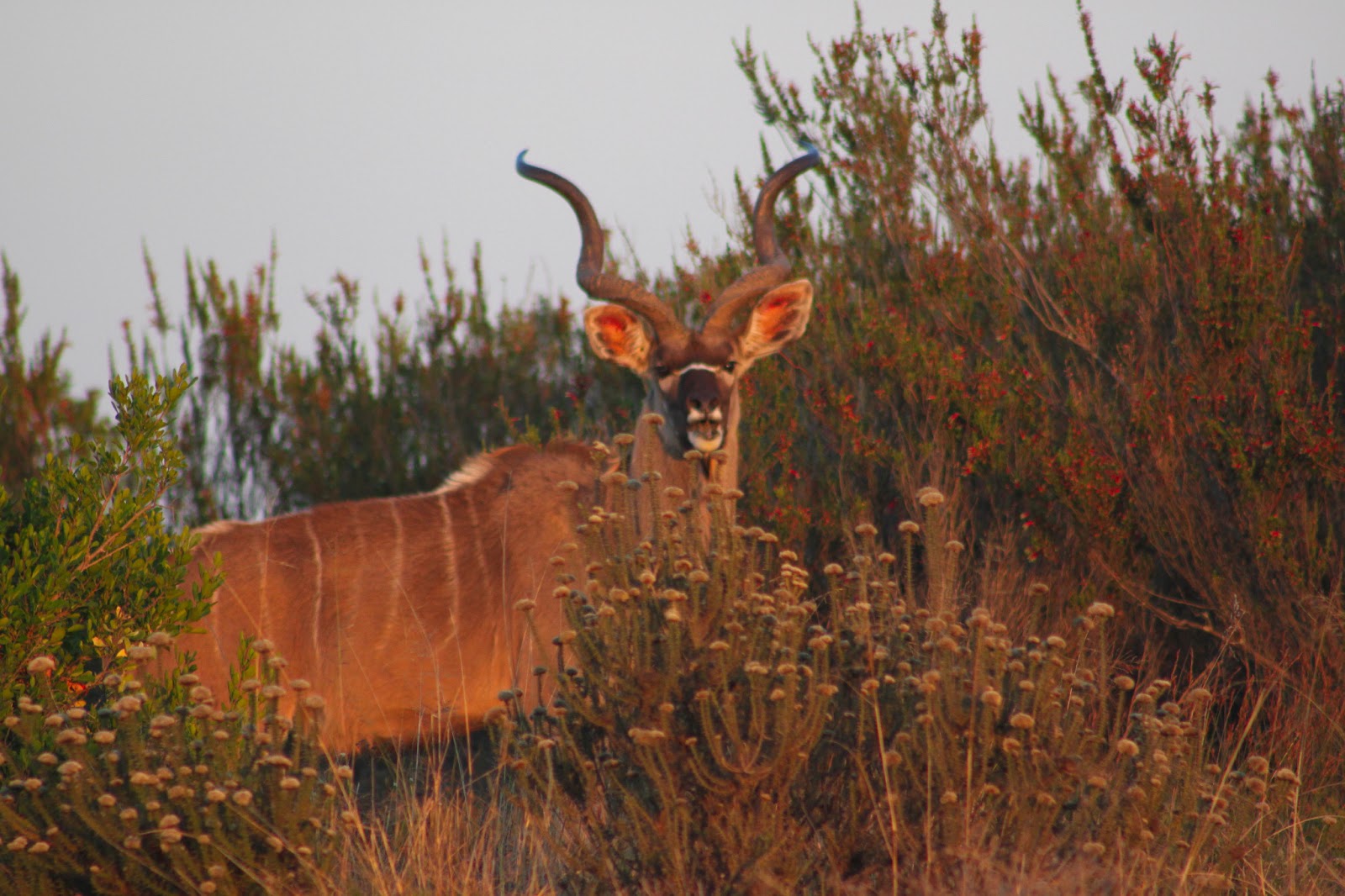 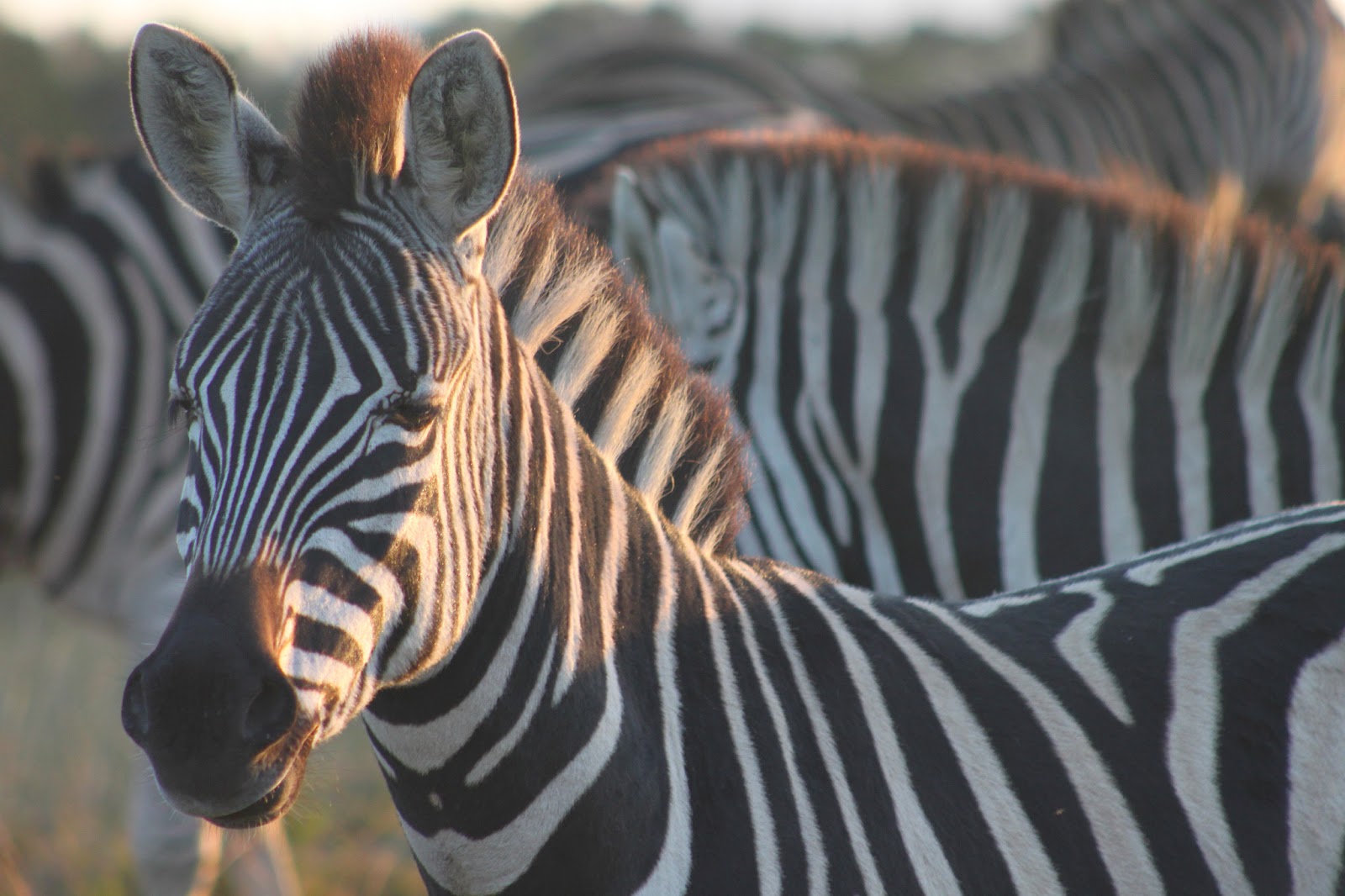 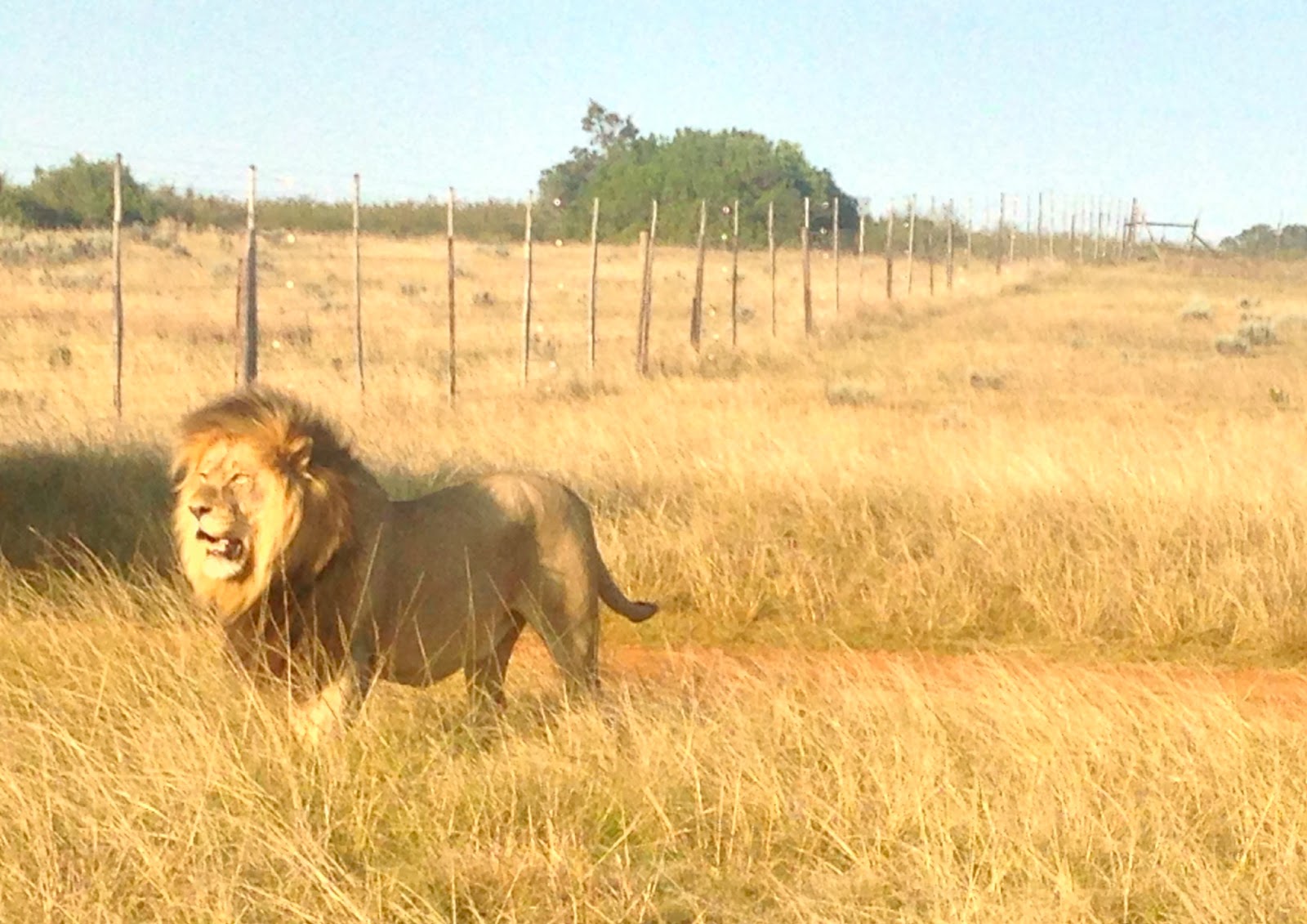 Posted by Unknown at 2:06 PM No comments: Links to this post