What I've Learned About Auditions or, A Love Letter to NY Actors

What I've Learned About Auditions or, A Love Letter to NY Actors

The first time I cast a show using a full, professional audition process was about ten years ago. As I sat in the room with the casting director, the reader, and the artistic director, I suddenly realized that I had no idea what the hell I was doing. I had sat in on auditions before, mostly for directors whom I was assisting, but that was just a spattering of understudies. I had no idea how much I was supposed to work the actors, if I could interrupt them before they were done with the side, or even how to choose a good side, for that matter.  I didn’t know anything.

Be civilized.  Five minutes just isn’t enough time, because an audition isn’t just about the actor  showing you what work s/he has done. It’s about you working with the actor, and the only way you’ll have enough time to do that is if you use ten-minute slots and if you…

Seriously, you know in the first 30 seconds if the actor and the role are the right fit. Don’t waste their time preparing ten pages. If you need to see ten pages, you’re a horrible director.  Besides, short sides allow you time to work with the actors, which leads me to….

DURING THE AUDITIONS THEMSELVES

Any actor worth their salt, as was EVERY SINGLE ACTOR that I saw this week, comes to the audition prepared, focused, intelligent and rehearsed.  They worked on their sides, looked great, got up that morning, put their audition outfit together and traveled to studio in horrible humidity from all over the city, and sometimes further. One actor (to whom we made an offer) commuted down from the Berkshires  for both the audition and the callback a few days later.  Treat every actor as if they’re traveled that far.

Even if you don’t think they’re going to get a call back, they might be right for something else you work on.  You might learn something about the part or the role.  They’ve traveled all that way.  See what they can do. And show them what you want. They’re not just auditioning for you – the actor you want might get a conflicting offer, and then they’ll have to choose which project they’re going to work on. How you treat them in the rehearsal room might be an important factor. You’re auditioning for them, too. 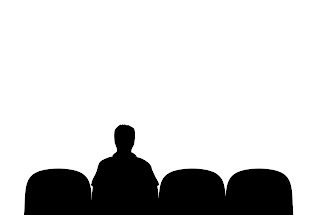 I was exhausted after my week of auditions, they same way I would’ve been after a week of rehearsals. That’s actually a great way to think about auditions: as a series of short rehearsals.  Like rehearsals, they require you to be present so that you can respond to the choices the actor is making. The director is an audience of one. Be the kind of audience member you would like to attend one of your own shows: present, kind, and easily delight-able.

And if you think the actor isn’t reading for the right role, ask them if they mind taking a few minutes to look at a different side. This happens even with a great casting director, and don’t be scared about asking them to look at a different part (another one of our offers is out to an actress who was game enough to read for someone else with no notice). Be especially sensitive if you’re asking the actor to read for a part that’s smaller, or older. But ultimately, I think actors would rather read for a role that they actually had a shot of getting.

5.     Don’t call someone back you don’t think you’re going to cast

Don’t waste their time because they’re your friend, or you think they’re cute, or you saw them in a show a few years ago and they were amazing and even though they’re not right for this part, wouldn’t it be fun to spend a few more minutes with them?  You are taking hours out of this actor’s life. Don’t do it in vain.

You’ve called them back for a reason, right? Tell them why – tell them what you and the people in the room responded to, and tell them what you’d still like to see. It shouldn’t be mysterious or enigmatic. You have an idea about the part, they’re bringing something that you’ve responded to.  Identify the space between those things and let them show you what they can do. 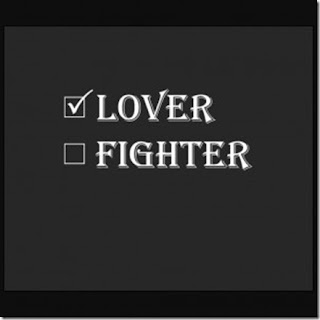 7.     Email your friends when you know you’re not going to cast them

I described auditioning to my husband like this, “Imagine interviewing twenty of your best friends for a job for which they’re over-qualified, then not being able to hire most of them because there are only three slots.”  He looked horrified. That’s what we have to go through.

Your relationship with your actor friends has to be strong enough to withstand that kind of pressure, and it’s your job to make it as easy as possible. Reach out to them. Tell them they were wonderful. Thank them for coming in.  As the director, you job is to see as many brilliant actors as you can, so that your show has as many options as possible.  As a friend your job is to thank your friends for making that possible.

Your friends will thank you, and write you back, and be so kind that you’ll be amazed.  And if one of them sends you a drunken email at 2AM berating you for not casting them, let it go and tell them you love them. Be a lover, not a fighter.

In many ways, I think, this post is a love letter to the pavement-pounding actors of New York.  Actors are New York’s best and brightest, one of this city’s most potent natural resource.  I could’ve cast my show three times over from the people we saw.  And actors, how do you get off-book so quickly?  I don’t just mean sort of off-book.  I mean like totally and 100% off-book.  And how do you take adjustments and change your performance just like that?  It’s really amazing. You’re really amazing. You are the greatest subsidizers of art in this country.

Bless you all.
mb

p.s.  And please comment - there is so much mystery around the auditioning process, and one of my goals in this post was to blow that open, and get a dialogue going about what you like in auditions, what you don't.  Talk to me!